It’s that time of year where we love to snuggle up in blankets with hot chocolate and our favorite books! We have so many good fantasy books for young adults to add to our fall reading list, so we’ve included some of our favorites here for you to read with us. Check out our list and let us know which book you’ll be picking up next!

Starting off our list of good fantasy books for young adults, we have Kay L Moody’s Court of Bitter Thorn!

Eager to win a chance to become the High King, Brannick, a fae prince, tricks Elora into a bargain. She must teach him her sword skills. Elora is forced to enter the realm of Faerie and will not be allowed home until the prince succeeds at becoming the High King or is taken out of the running.

Desperate to return to her starving young sisters, Elora decides to sabotage Brannick’s chance for the crown so that she can return home quickly. During the day, she helps train the prince and tries to ignore her growing attraction to him. At night, she works with a nearby king who plans to destroy as much of Faerie as he possibly can.

Can Elora reach her goal and stay alive?

Alice has spent most of her life on the road with her mother, trying to stay ahead of their constant bad luck. When Alice’s grandmother dies on her estate, the Hazel Wood, Alice’s world is turned upside down. Her mother is stolen by someone who claims to come from the Hinterland, the world Alice’s grandmother sets all her stories in. The only thing Alice has left of her mother is a message: “Stay away from the Hazel Wood”.

But in order to rescue her mother, Alice will have to venture to the Hazel wood, and then further on into the world of her grandmother’s tales. Here, she may find the clue to why her own story has gone so wrong.

3. The Shadows Between Us – Tricia Levenseller

Alessandra has a plan. She will gain power by wooing the Shadow King, marrying him, and then killing him so she can take his kingdom for herself.

No one is quite sure what the extent of the Shadow King’s power truly is. Some believe he can command the shadows to do his bidding. Regardless, Alessandra is going to do whatever it takes to get the power she knows she deserves.

Alessandra is not the only one trying to kill the king however. As more and more attempts on his life are made, Alessandra finds herself trying to save him.

Can she reach her goal without losing her heart?

Buy The Shadows Between Us here

Since the age of five, Lazlo Strange has been obsessed with the lost city of Weep. When the opportunity comes to cross half the world in search for it, he jumps at the chance to follow his dream and discover what happened to the mythical lost city. In this beautiful novel by National Book Award finalist Laini Taylor, the past and present come together to create a mythical world of love and war, beautiful dreams and terrifying nightmares, and wonder beyond your wildest dreams.

5. A Phoenix First Must Burn – Edited by Patrice Caldwell

Continuing our list of good fantasy books for young adults, we have A Phoenix First Must Burn , edited by Patrice Caldwell!

Focused on Black women and gender nonconforming individuals, A Phoenix First Must Burn is made of complex, relatable characters. Sisters, lovers, scientists, witches, and many more will steal your heart and keep you reading late into the night!

Raised in isolation by a mysterious woman known as The Lady, Tarisai is sent to the capital to compete with other children to be chosen to be part of the Crown Prince’s Council of 11/ If Tarisai is chosen, she will be joined to the Council through the Ray, a bond that runs deeper than blood. Unfortunately, The Lady has other ideas, and she commands Tarisai to kill the Crown Prince.

Is Tarisai strong enough to choose a better path for herself?

7. A Song of Wraiths and Ruin – Roseanne A. Brown

The Solstasia festival is an opportunity for Malik to escape his war torn home to start a new life in the city of Ziran. But when his sister Nadia is abducted, Malik strikes a deal. Kill the Crown Princess of Ziran, Karina, and then his sister Nadia will be set free. However, Karina has goals of her own. Her mother has been assassinated, and Karina decides to resurrect her through ancient magic. The ritual requires the heart of a king, and Karina knows how she can get it: by offering herself in marriage to the winner of the Solstasia competition.

When Malik ends up in the contest, the two of them start a fierce course to destroy each other. But as feelings grow between them and enemies stir, will they be able to see their tasks through to the end?

Buy A Song of Wraiths and Ruin here

When she was six, Theodosia’s country was invaded, and her mother, the Fire Queen was murdered. Crowned Ash Princess – a title of shame – Theo is now living her new life as a prisoner. For ten years, Theo lives as a prisoner in her own home, until one day the Kaiser forces her to do something unthinkable. As a result, she has blood on her hands, and has lost all hope of reclaiming her throne. However, she does have a weapon: her mind. Power isn’t always won on the battlefield, and the Ash Princess has seen her people enslaved and her land ruined for long enough.

Havenfall is an exciting addition to our list of good fantasy books for young adults!

A sanctuary that connects ancient worlds, the Inn at Havenfall is hidden in the mountains of Colorado. It has protected those who seek refuge within its walls for generations. For Maddie Morrow, her summers at the inn are an escape from her difficult reality. One day, she hopes to inherit the role of Innkeeper from her beloved uncle.

But then the impossible happens – a dead body is found at the Inn. With her uncle injured, Maddie suddenly finds herself responsible for the safety of everyone there. Determined to find the truth of what happened, she agrees to work with a new staffer, Taya. As darker and darker secrets are revealed, Maddie soon comes to a sobering realization: no one can be trusted.

There once was a princess cursed to be poisonous to the touch.

Soraya must decide if she is willing to step out of the shadows for the first time as the day of her brother’s wedding approaches. In the dungeon below, a demon lurks who holds the answer to her freedom. Above is a young man who says he isn’t afraid of her, who understands her deeply.

Is Soraya a human or a demon? Is she a monster?

11. The Mermaid, The Witch, and The Sea – Maggie Tokuda-Hall

The next exciting addition to our list of good fantasy books for young adults is The Mermaid, The Witch, and The Sea by Maggie Tokuda-Hall!

Florian has always done whatever it takes to survive as a pirate – including sailing under a false flag on a ship called the Dove. Lady Evelyn Hasegawa is also on board as well, along with her own casket. Her one-way voyage is interrupted however, when the captain and crew rid their disguises and capture the wealthy passengers.

When Florian and Evelyn unexpectedly fall in love, they decide to take fate in their hands, no matter what it will cost them.

Buy The Mermaid, The Witch, and The Sea here

12. The Gilded Ones – Namina Forna

Deka lives in constant fear and anxiety over the blood ceremony that determines whether she will finally become a member of her village. She prays for red blood so she can finally belong. Unfortunately on the day of her ceremony, her blood runs the color of impurity: gold. Deka will face a consequence worse than death.

But when a mysterious woman comes to her, she has a choice: she can stay in the village and accept her fate, or she can join a group of girls called Alaki who are just like her that fight for the emperor. These girls are near immortals and have rare gifts. They are also the only ones who can stop the greatest threat to the empire.

Deka decides to leave and join the Alaki. However, nothing in the great walled city is quite what it seems, not even Deka herself.

The Gilded Ones will be released on February 9, 2021. Pre-order it here!

From bestselling author Holly Black comes the story of Jude, a mortal girl who has been stolen away to the High Court of Faerie. Despite the fact that many of the fey despise mortals, Jude wants so badly to belong. The one who despises her the most however, is Prince Cardan, the most wicked son of the High King. In order for her to win a place at court, she must defy Prince Cardan. However, civil war threatens and Jude will have to risk her life to save not only her sisters, but Faerie itself.

Continuing our list of good fantasy books for young adults, we have The Merciful Crow by Margaret Owen!

When Fie’s Crow caste of undertakers is called to collect royal dead, she hopes that they’ll find the payout of a lifetime. Little does she know, the Crown Prince Jasimir has faked his death. He gives her an offer she won’t refuse: protect him from a ruthless queen, and in return he will protect the Crows when he becomes king.

One conquest away from united the continent, war could shift for the Solaris Empire due to the magic sleeping in a library apprentice named Vhalla Yarl. Taught to fear the magic society called the Tower of Sorcerers, Vhalla has always been happy with her quiet life and her books. But once she saves the life of the Crown Prince Aldrik, an incredibly powerful sorcerer, she becomes part of a whole new world.

Vhalla must decide her future: Embrace her power and leave her comfortable life, or eradicate her magic. Much will hang on her decision.

That wraps up our list of good fantasy books for young adults! Be sure to check out Air Storm, one of Kay L Moody’s recent releases!

END_OF_DOCUMENT_TOKEN_TO_BE_REPLACED 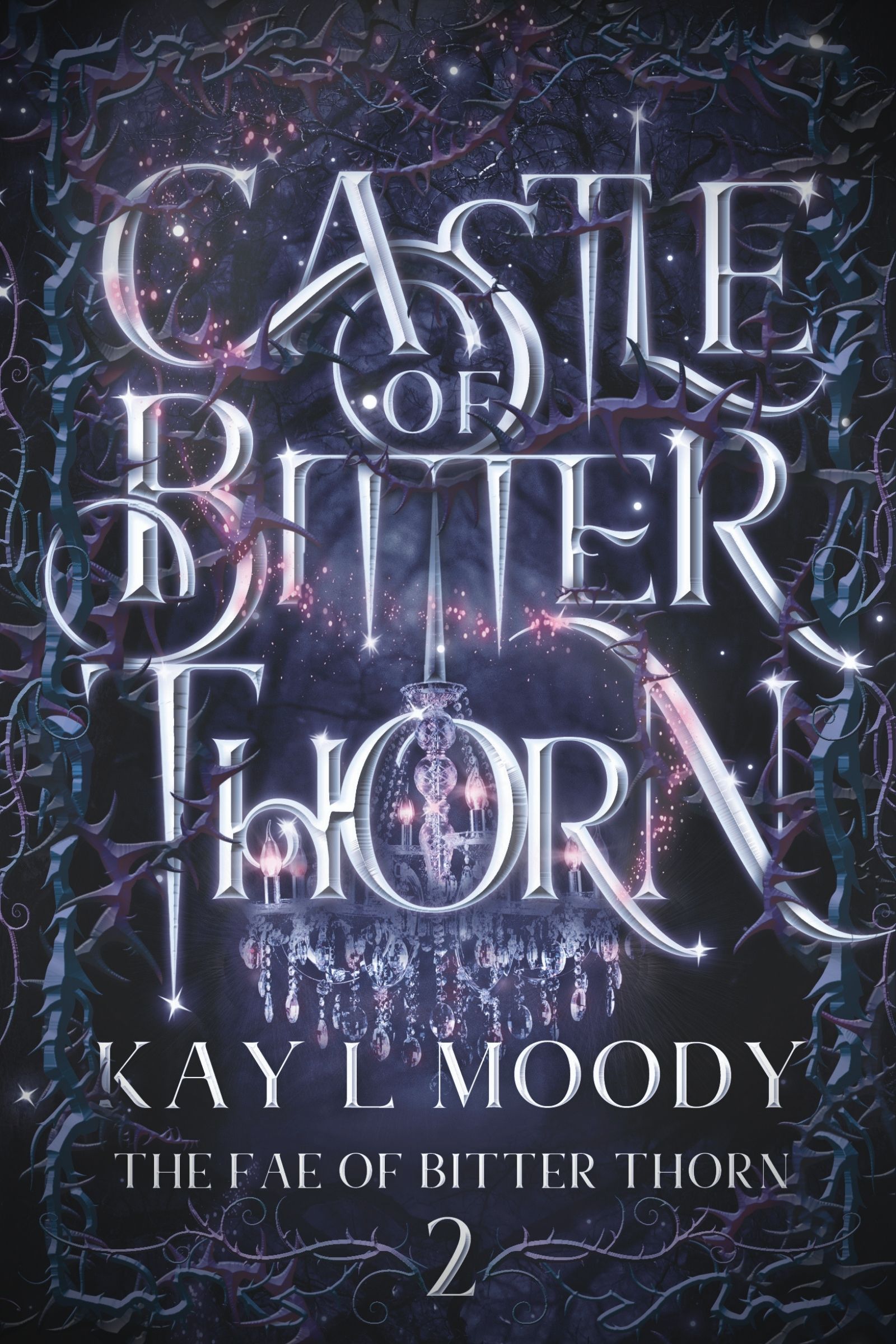 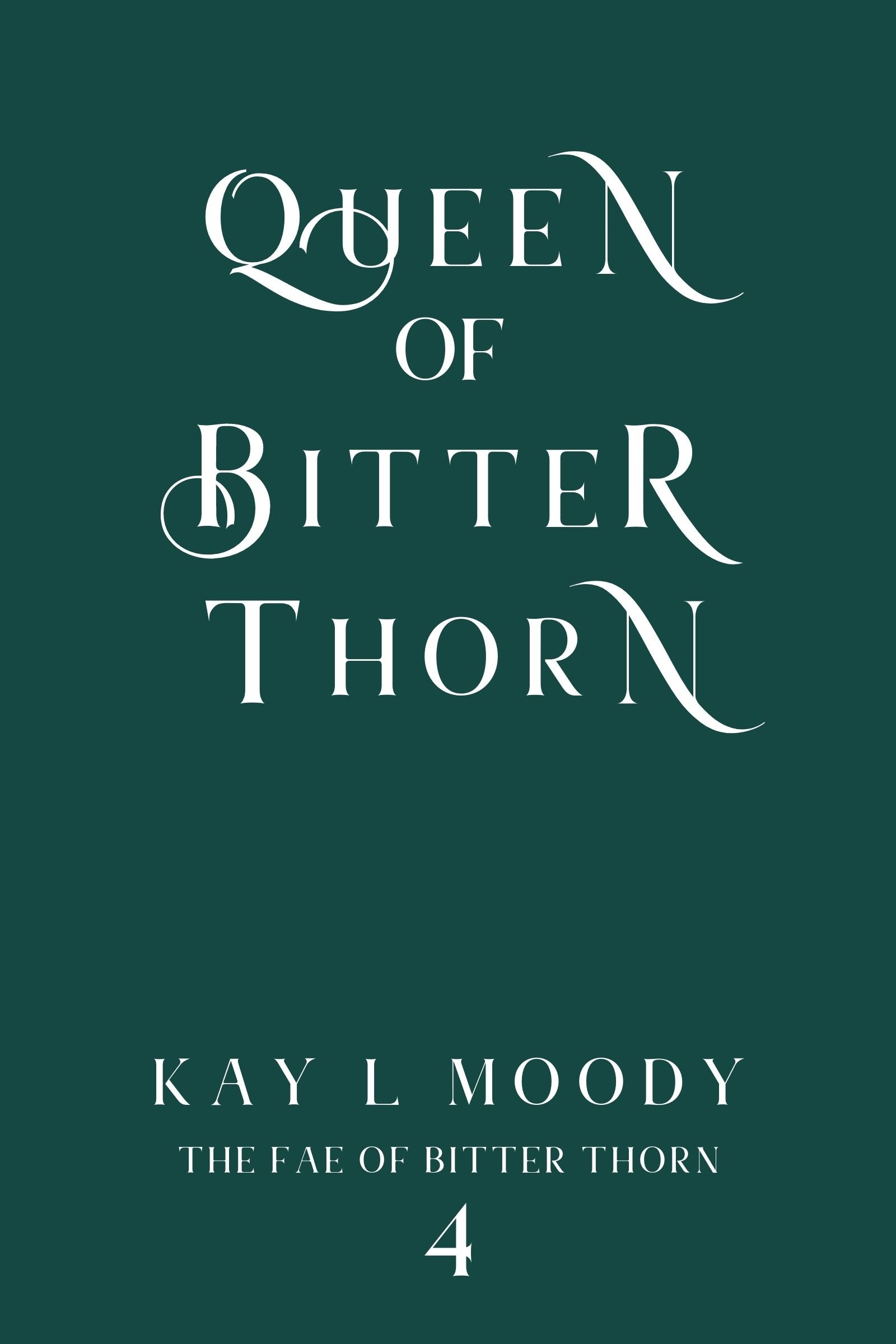 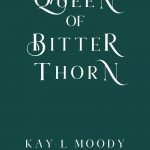 Queen of Bitter Thorn is the fourth and final book in Kay L Moody’s fae series. Enjoy this thrilling conclusion to The Fae of Bitter Thorn. QUEEN OF BITTER THORN WILL BE PUBLISHED SEPTEMBER 2021 Faerie cannot last much longer. The fight continues. The stakes are higher than ever. Every fae must choose a side. […]